A dog's tale There once was a dog named Benson. He was small, white with brown patches and a crooked little tail that could never stop wagging. His owners Wilson and Nina cared for him very much. He was very cute and valuable because he used to model for tv shows. One warm summer afternoon, They got called up for a photo shoot for their dog but when they turned around they could not hear benson or see him. He had just disappeared into thin air from the garden. “I told you my dear not to let him out of your sight” scolded Wilson. “How did I know he would disappear from the garden” cried Nina. “After all we have just put in that new fence.” They put up posters and asked their neighbours if they had seen him round for them to let them know. The couple were miserable without Benson so they stepped up and offered a reward of $2,000. they searched for a week and just gave up hope. Then aLL OF sudden they heard A BARK COMING FROM THE BACK YARD,THEY RAN OUT AND SAW BENSON he had fallen IN A SINK HOLE WHICH WAS THERE WHEN THEy moved six months ago. It was 12 meters deep and very dark, as black as coal. To benson it must have been like a giant pit from which he could never escape, but to Nina and Wilson it was the size of A BACKYARD POOL FOR KIDS. They rang for the firemen to help with the rescue. They TRIED TO PULL HIM OUT BUT HIS FOOT WAS STUCK IN A HOLE. SO THEY UNTANGLED THE VINES WHICH Were KEEPING HIS FOOT STUCK. Finally he was free they were all happy and the owners took Benson up to his photo shoot it was a success. The end BY BRANDON.
Posted by Ms George at 10:37 2 comments:

On Fenchurch street there were workers taking  houses away. This was on the news. The news said the empty houses would be taken away and new houses or apartments would be built. Lots of people will have to work hard and build it for our people on the street. 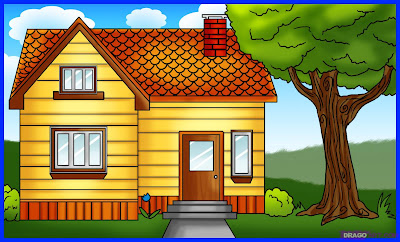 Last night we saw the house moving. In Fenchurch st there were many angry people protesting about houses being sold.I saw the house being moved by the contractors. the protesters were as loud as a crowd at an all blacks game.”save our homes they yelled.” “we shall not be moved they chanted”. A tv news crew channel arrived on the scene and set up for live coverage of the protest to be broadcasted on tv. Police lined up in front of the protestors and walked towards them Slowly. protesters who stood their ground were dragged by police into the paddy wagon. by Mangila
Posted by Ms George at 11:30 No comments:

Protesting for housing in G.I

The Government have been selling houses in the suburb of Glen Innes. A house got moved last night and there were many protesters who were out in Fenchurch Street this morning. Some of them were shouting as loud as fans at an All Blacks game. The Police and TV News crew from Channel 1 and 3 were there too. So many families have been affected and I feel very sad for them. They have been promised an apartment to live in when they have to leave their houses. By Nikita
Posted by Ms George at 10:50 1 comment:

W.A.L.T: Write a recount S.C: It must have at least 6 different sentence starters and 2 examples, of direct speech and a simile “Line up every body it is time for netball” Miss George called out to us. Room seven went to the court and played a game of netball and the lines were freshly painted at the netball court. After we go into groups of three next Coach Gina told us to give our group a name and I called it Underdonds the other groups were called Queensland and NSW is called New South Wales. Next Gina told us to go get the purple bibs and Queensland had to get blue. I was center and we started in the middle of the small circle and passed it all the way down to the goal shoot. But goal defence had stolen the rebound and given it to their goal keeper and the ball was passed down to the other side and scored. The score for that game was 7-4 to Queensland. Then it was NSW and Queensland. Queensland started off they scored how many times and NSW didnt get that much goals It was like 10 - 4. These are the placings Queensland came 1st NSW came 2nd and Underdogs Came 3rd. At the end everyone rushed in like a pack of wild bulls. After that the morning tea bell rang and we came in for a long awaited drink. by Bono
Posted by Ms George at 10:59 2 comments:

NETBALL GAME WALT: write a recount SC: it must have at least 6 different sentence starters and 2 examples of direct speech and a simile. Today we went to the netball courts to play some netball. First our coach told us to get into groups. “Come on Room 7 we're going to play 4 games” announced Gina. There were three groups and our coach’s name was Gina. When we started the game, I was a sub for the first game. The teams names were Queensland, New South Wales and the Underdogs. Of course one can tell that we have many State of Origin supporters in our class. The colour of the bibs were sky blue and African Violet purple. Everyone was having fun and some people got it in the hoop like throwing rubbish in the bin. The players ran around the court as fast as Usain Bolt. The positions were center, goalkeeper, goal defender and wing defence. When it was my turn, I put on the bib and I was center. When I was playing the center, I threw the ball to my team partners but I wasn’t allowed to throw the ball in the hoop because I wasn't the goalkeeper. “Well done Dean” smiled Lennyx as we came back to get our morning snack. By Dean
Posted by Ms George at 10:23 No comments:

Find out more about our learning on our class site

Who is visiting this blog?