My best friend by Wairua

By Wairua
Posted by Mrs Tofa at 11:50 No comments:

Email ThisBlogThis!Share to TwitterShare to FacebookShare to Pinterest
Labels: flipsnack

Email ThisBlogThis!Share to TwitterShare to FacebookShare to Pinterest
Labels: Lennyx

Our singing star is leaving GBS

Our good friend and peer Siotame is leaving our class at the end of Week 7. We are sad he is going and we wish him all the best at his new school. Keep in touch Siotame. We will miss you. 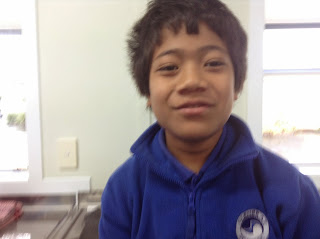 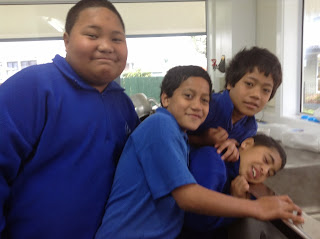 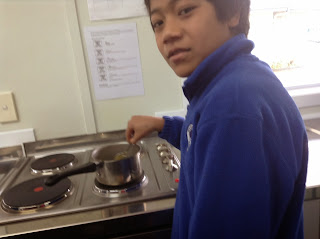 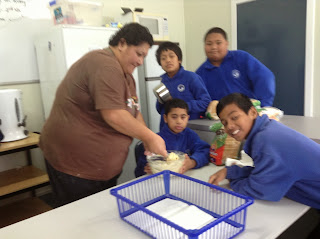 How to make a boat using recycled materials.


Equipment
1.A square piece of cardboard.
2.Two bottles both same size.
3. Sellotape.
4.Paint of any colour


1.Make sure that your bottles have no punctures in them and both have the lids or caps.


2.Put the bottles on the square piece of cardboard and tape them together both on the same side.


3.Once your bottles and cardboard are secure  paint and decorate to your liking. once done put in water and enjoy.

Email ThisBlogThis!Share to TwitterShare to FacebookShare to Pinterest
Labels: Lennyx

We had an Athletics Day yesterday.It was on Monday. It was a fine and a hot sunny day. The activities were set up on the field and on the playground. All the classes took turns to compete with the others.

On our Athletics Day we did long jump, 100m , shot put, Discuss and  flag races. I was very happy because I won the 100m race the other boys were happy too.
At the 100m sprint we had to line up and wait for Mrs Tofa  to start the race for us to  go. W`hen she said go I ran fast as I could and I  came  first and Baden came  second, and  Wairua came third.

I was tired yesterday but happy because I won some events.

Email ThisBlogThis!Share to TwitterShare to FacebookShare to Pinterest
Labels: Siotame

Riiiiinng!!! went the bell to start the day. I thought it was just another normal day but I overheard some people talking  about athletics. “Darn ” I said to myself I didn't bring a thing for athletics .As I was waiting, Mrs Tofa told me to come help with the athletics so I thought to myself “at least it’s something I can do” so I  went to help .It was almost time to start and we were all lined up ready to go.


First up for us the year 7s was relays. To start up it was Moli vs me. We had the battons ready to go as Mrs Silva was saying “get ready get set GO!! ” I ran as fast as possible and I finished but he still beat me but the rest went and went till the last ones. Luckily we won the relays due to our effort in the beginning of the race.

Next up was long jump with Miss Atuahiva. The girls in Room 7 thought they were good but I was better.

Shot put was a bit of a challenge but I tried my best. You have to put the metal shot put towards your ears and then push it forward. It takes a lot of practice to throw far but we did ok.

After that we went to discus. The girls threw first and then the boys. Some of us did well but some were not participating properly.

The best activity was 100 m sprints. Moli and I were challenging each other. At the end Moli came first and I came second. However, we are both representing our school at the Auckland tournament so that is great.

Athletics day was great. All the students had fun and the activities were challenging and fun at the same time. The sun was also hiding away during athletics which was great.

Find out more about our learning on our class site

Who is visiting this blog?